Had the misfortune of listening to trending music on Apple Music today morning. I was in a hurry so I just played the first “curated” playlist that the app suggested- and to my unsurprised disappointment, it was the same reverb+echo, auto-tuned voice that has been doing the rounds past few years. What is disturbing is that even though the streaming services overtly suggest that the recommendations are based on the taste and listening history of the user, the algorithms are heavily biased to bombard the trending and monetisable music/content disproportionately.

A simpler example would be Youtube. I mostly watch ad-free content on it. Much of it comes from Universities and NGOs who seldom put advertisements on their videos. If I make the unforgivable mistake of clicking on some of the suggested links on the side-panel- which appear harmlessly similar to the content, the system directs my journey to monetizable, snappy and insincere content made for mass consumption. This is more by design of an evil organisation than a random drunk walk along the hyperlink network. The psychological studies that the streaming services greatly leveraged, have guided them to reward views to content that keeps users glued to the screen the most. Parameters such as time-duration, provocative banner/thumbnails, geographic preferences and perhaps a dozen more guide the algos towards an advertising utopia where the viewer happily watches the sales pitch while being under the illusion that the content was worth her time. To her, it was a win-win deal. It is highly unlikely that the content that she ended up watching is what she was actually looking for when she began 2 hours ago against a 15 minute search for a paper she needs to submit tomorrow morning.


Among the proposed updates, the researchers specifically target a problem they identify as “implicit bias.” It refers to the way recommendations themselves can affect user behavior, making it hard to decipher whether you clicked on a video because you liked it or because it was highly recommended. The effect is that over time, the system can push users further and further away from the videos they actually want to watch.

MIT Technology Review:
YouTube is experimenting with ways to make its algorithm even more addictive


The music industry has been propping up idols for decades now. The labels find it easy to sell a single artist for a few years until the artist is chewed up beyond the juicy taste of the market and spit out to be replaced by a new face. The music and lyrical themes mostly stay the same through the change. Bollywood milked the sole theme of premarital love and the lure of it in a sexually suppressed society for decades.  The people behind the stage also survive the cyclical change. Piracy and advent of compressed music formats spelled doom for the recording industry and they found shelter in stage-shows which grew in size and number in the past 20 years. The world tours and continental circuits are now almost seasonal- albeit the COVID-19 crisis put a pause to it. The curated playlists from the music streaming apps also feel like an attempt to prop up idols who are more of a style-statement of a community or age-group for some months or years, and then presenting the audience with some(thing/one) new. The label is shielded from the fickle novelty trends of the audience. The other advantage of bombing uninterested users with mainstream music/video is the payoff of creating FOMO in your customer base. Since everyone else is listening to the “Day’s Top Ten” playlist, there’s gotta be something good about it. Doesn’t Zara practice the same principles in clothing? 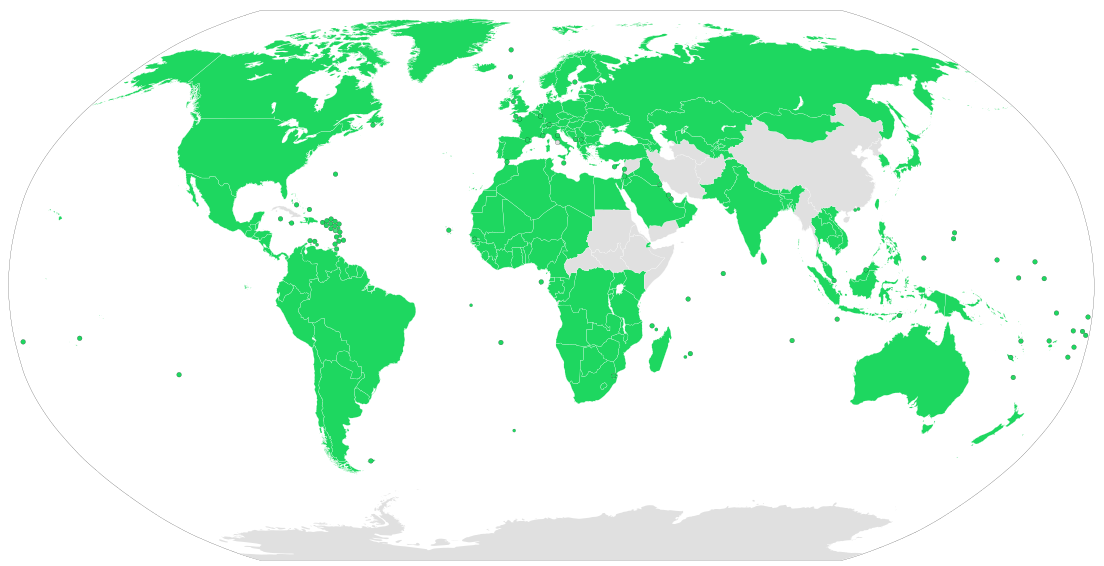 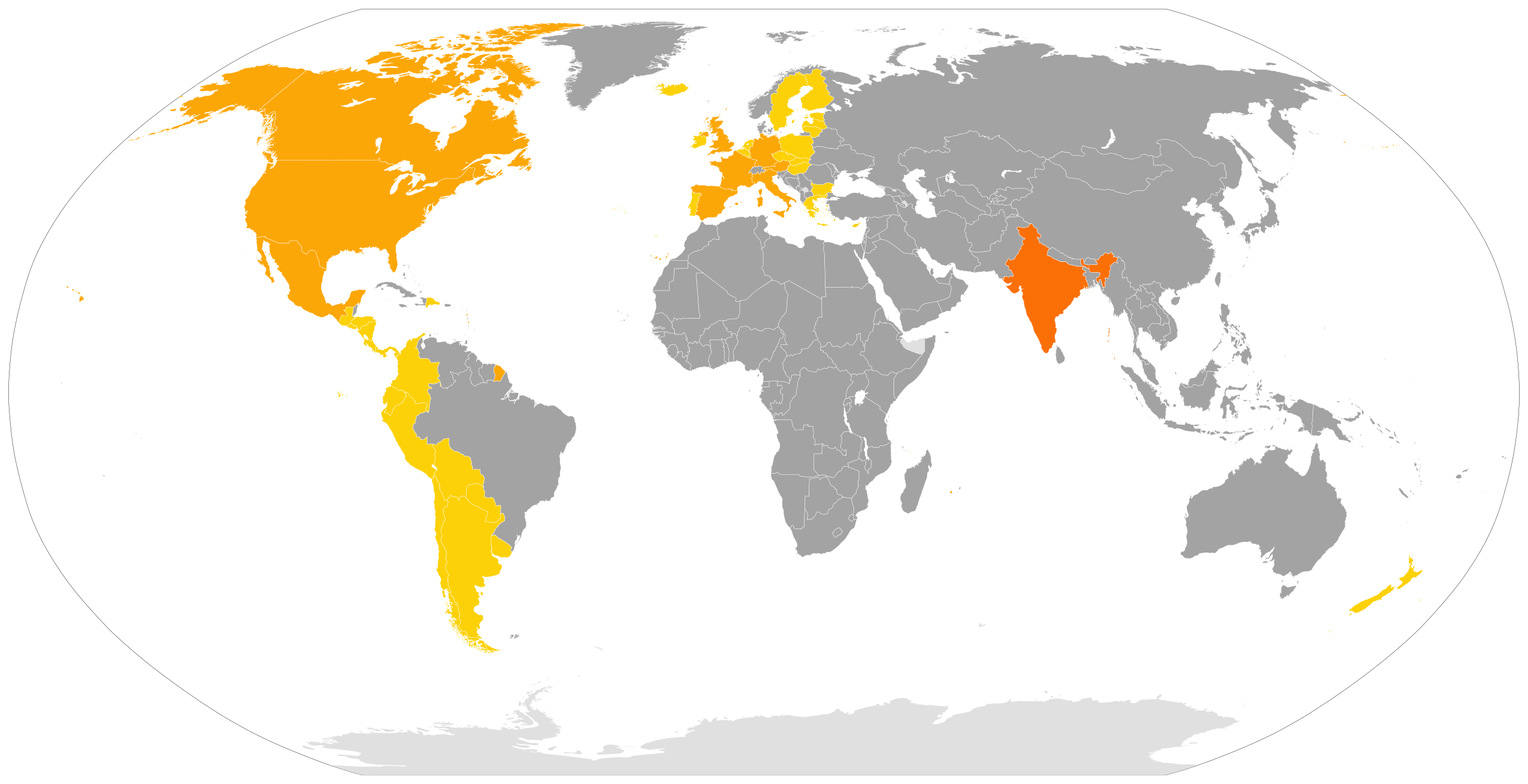 Lata Mangeshkar passed away this week. Was she someone who was groomed by the film-industry and country over the decades or just raw power that was unsurpassed in her time? The whole story is difficult to know without all players involved speaking their accounts in public. The advertising industry knows how Sachin was propped up to be “The God of Cricket” in the 90s when the Indian market was opening up to the world. It also knows why Dhoni was captain cool with all the ads until Kohli was made the next big thing. The cycle-time is shorter today in advertising. The face of brand is showered with money and fame, but has to be quickly replaced to adjust to the sentiments of a crowd with historically low attention span. Five seconds is what Youtube gives to you as a brand before it release the viewer from its clasp with a “Skip Button”.

Advertising needs a reinvention. It needs to develop a marketplace where the interested buyer is rewarded directly for their time, rather than using gimmicky music and videos in between as filler. B2B sales already remedied this through time commitments by both parties- buyer and seller. Yellow pages and its internet adaptations (e.g., Craigslist) used to do it in the B2C market. Ideally, I would prefer the streaming services to move to a purely paid-subscription model with their efficiency measured via matching-ratio of the viewer to the content she needed. Paying money for web artefact that solved a problem and splitting gains between the content-creator and streaming platform while eliminating the hawkish advertiser that sleazily parses user data is a rewarding goal. It also has potential to resolve serious problems of 21st century. Complete lack of privacy, online addiction, over-consumption and low self-esteem of buyers with the FOMO phenomenon being a powerful motivator in purchases, and even to an extent the hate-campaigns that have become popular thanks to the desensitization of the viewers.

A testing crucible for such a paradigm was the online Q&A platform Quora. The website maintained restricted entry behind a paywall for asking questions which were then answered by “experts” who were compensated by the platform from subscription earnings. The coming of Reddit democratized Q&A platforms, and as the power of network exploded for Reddit, there was very little market left for other Q&A platforms to compete for. Today, unfortunately, Reddit is another monopoly within the existing advertising model and suffers from the same ills that plague other sheep in the herd- hate, addiction, and numb senses of the users. Quora, while negligible in its scale has maintained its quality discounting from some dilution that comes mostly with making part of its content free-to-access.

The challenge for a video/music platform to match user with her intent may lie more with sensory psychology. Text is more rationality heavy than Photos/Videos/Music which exact a rather immediate emotional response. This explains why memes are more viral than jokes. The general tendency for video/music is to gravitate towards an entertainment value-proposition for the consumer. If the everyday user consumes media as purely an entertainment venture, she risks being prey to larger forces than she has control over. The psychology of addiction has been sufficiently explored- at least for the purpose of advertising. Her quest for that infinite jest will leave her drained and exhausted under the powerful advertisement model existing today. Is the general user prepared to limit her dosage of entertainment with monetary expense out of her pocket (hypothetically, a limit of 10 videos per day on Netflix) and make it transactional like other consumption decisions on in her life? The preference of users will decide the path that online advertising takes. The alternative is regulation, a path that has abhorrent past and one that the netziens vehemently resist.

We just returned from Goa. Left Bangalore on the previous sunday on a burst of enslaved will- with COVID practically cutting off most non-essential travel.

We stayed at the Sibaya resort on Morjim beach, North Goa. I had booked the place for three nights without seeing the reviews, which were all negative. The stay, however, was a pleasant revelation- a first in Goa. The staff was courteous, the rooms spacious and beautifully maintained for a property right on the beach, and the adjoining restaurant (called Saz On the Beach) has the most beautiful views of the evening sun. We saw the sun set into the ocean every evening. Well, not exactly in the ocean as some clouds on the horizon would curtail the last few minutes. But the golden glimmer of the long beach stretched out end-to-end called us every evening.

It had been bright and shiny the morning we reached the Mapusa bus stand. That’s where our bus from Bangalore had dropped us. After a walk along the wrong direction, we took an auto for Morjim that charged us Rs 500/- for a 20 km trip, which I felt was a little high. By the time we reached the hotel, it had suddenly become clouded grey, had rained and and had stopped, but the clouds were still out in the sky. We were allowed an early check-in at 10:00 AM thanks to the pleasant personality of Mr. Ranjan who hails from Darbhanga. I have always had an unreasonable affinity for people from Darbhanga and the Mithila region, perhaps due to my long friendship with Mota. Ranjan has been in Goa for past 14 years, he says. That’s enough time to be naturalized to any life- shore or snow. And naturalized he is- just as relaxed and calm as the everyday Goan.

In the evenings, we would go on walks along the Ashwem stretch. The little shanties along the margins had few visitors but all sparkled in yellow warmth. Gusts of wind would carry bohemian songs from distant lands, now treated as endemic to Goa. We had not booked any motor-vehicle for our stay this time, so this stretch of sand was all we had. There are rocks jutting out in the sea at places along the shore, but the rest of the beach is non-threatening for a swim. The waves were harsh the first two days because of the turbulent weather(there was a cyclone warning out) but eventually the sea turned into a calm and undulating cradle with just the right temperature. On the last day, we were in the water for 3 hours straight, without a shiver.

The return journey from Goa has always been sad. Leaving all that bright sunshine and a world or carelessness. I kept mapping all the places and my past visits from Morjim until Cancona. Thanks to google timeline and modern human tracking every second, I know of all my prior visits to the state. June 2017 was the first time I went to Goa. Now that we are back in Bangalore, we are back to the routine ebb and flow of routine life. Work and weekends, and the cycle again. Maybe one day my books will go viral and I can spend my rest of days from beaches and mountains far away from the need of cities.